A pleasant and interesting hiking trail that follows in the footsteps of our forefathers. It is believed that one of Norrbotten’s oldest populations lived here. 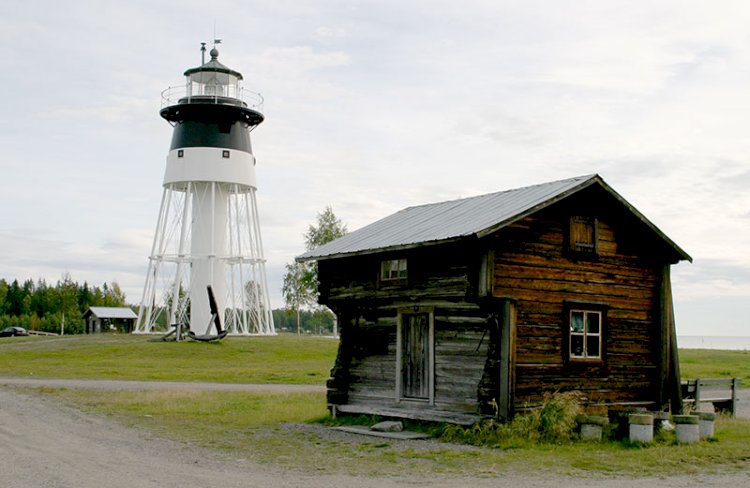 In Jävre, where one of Norrbotten’s oldest populations is believed to have lived some 3,000 years ago, there are many remnants in the form of graves, labyrinths and sacrificial stones.

Norrbotten’s Museum has marked out a trail that not only leads to the various ancient monuments and antiquities; the trail also passes places with fantastic views as well as ideal spots to rest. It was in this area that the “Jävre Jewellery” was found, a beautiful piece of bronze jewellery dating from 400-600 BC. Copies of the jewellery are sold at the Tourist Centre in Piteå and Jävre, among others.

A number of different grave cairns (stone burial monuments) during a walking distance of 7.5 km plus two circuits of 2 km each.

The Bronze Age stones at Högberget, Lillberget and Sandholmsberget are located on highly elevated ground but are still in near contact with the sea, even though the sea level today is about 30-40 m lower than it was when the graves were constructed. The area represents the province’s largest burial ground area of this type. Apart from the grave cairns and the traces of an ancient population, there are also clear signs of a landscape long since disappeared. Fields of boulders and cliffs washed bare provide evidence of the force of the sea’s surf thousands of years ago.

The graves are often found in groups, with several graves at the same location, although some graves are totally isolated in their placement. The cairn is often round and higher and more arched than the flat stone grave. The stone grave can be round, ship-shaped or oval, and is lower than the cairn. These types of grave were common during the Bronze Age, and are to be found in many parts of Sweden. But the northernmost boundary for finding these types of graves is roughly in line with the Pite River. The people who buried their dead in this manner lived in the areas around Jävre and Hemmingsmark, and to the north heading towards present-day Svensbyn. It is very unusual to find such graves north of the Pite River.
At Sandholmsberget you will find something that is often referred to as a “Brooding hen” due to its appearance. It consists of a large stone that has been lifted up onto three smaller stones. This type of relic is unusual and is otherwise only to be found in Sweden along the coast of Småland and on Öland.

Archaeologists have found evidence of settlements near the locations of the graves, and the “Jävre Jewellery” was found here. It stems from the Volga-Kama region in Russia and can be dated to around 500 BC. That means that the people of the Jävre area had contact with people from the east during the great migration. There are also other types of antiquities in the area, such as labyrinths, among other things. The significance of the labyrinths is unknown, but they are to be found in the coastal regions of northern Sweden. One possible explanation might be that they were built to bring good fishing fortune. The labyrinth at Högberget has been dated to the 13th century.

Up at Högberget there are two barbecue areas - one on the hill beneath the cairn, and one by the parking area – to which it is also possible to drive one’s car.

A folder containing a description of what there is to see along the trail as well as a map can be collected from the tourist centres in Jävre and Piteå.

The Trail on Brändöskär, Luleå

This is Luleå Yacht Club’s club facility and includes, among other things, a nice...

Brändön and Örarna are two old fishing villages with a history dating all the way...

Piteå North Harbour is the municipality of Piteå’s largest marina, with 159 berths....