Even when Kluntarna and other outer lying islands were but small reefs and skerries, people would visit them to find food via fishing and seal hunting. 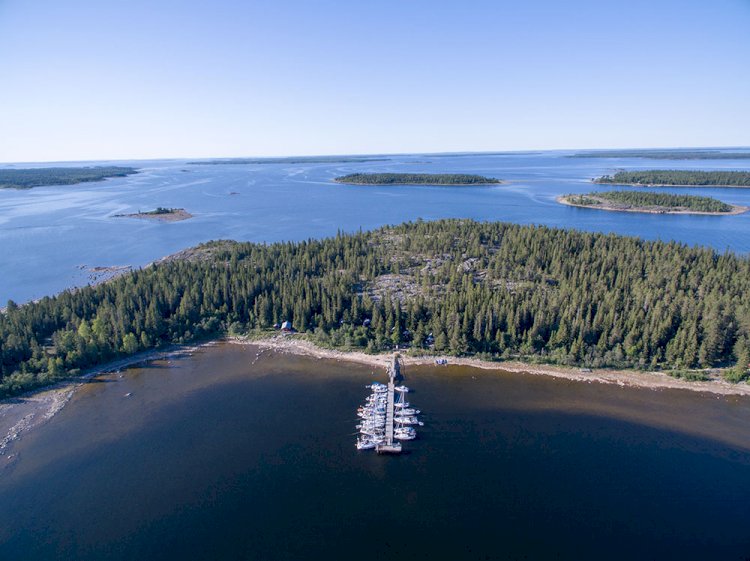 The landing takes place in Storviken with the approach from the west. The harbour is well sheltered from most winds. Sail straight into the bay with the northern buoy on your starboard side and the southern buoy on your port side. Once you are in the bay itself, there is a 50 m long floating jetty as well as a separate jetty for tour boats, 3 cabins for rent, barbeque areas, nature centre, toilet, refuse bin and a sauna with relaxation room.

On the northern side of the island there is a small bay, Kråkskäret, which is suitable for swimming and which has its own family sauna. Here you may lie at anchor, since there is no jetty at which to moor. When you leave Storviken you turn to starboard and round Kluntarna. Sail in between Sikhällan and Kluntarna. Now you set course 127° to enter Kråkskärsviken.

Directly adjacent to the five labyrinths, there is an area containing what could be the remnants of a temporary primitive dwelling that was used during the early spring’s seal hunt. These are thought to be among the oldest remnants on the island. They are now at 10 metre level and would have been directly adjacent to the location of the shore 1,000 years ago.

Near Victoriaklippan (“Victoria Rock”), more popularly referred to as “Kluntgubben” (“the old man of Klunt”), there are remnants of what could have been the very first fishing village on Kluntarna. Here you can experience most of the different types of nature that the region’s islands have to offer. Spruce forest, pine heathland and areas of bedrock and shingle are all to be found here. It is never far from the deepest, densest forest to barren rocks that have been washed clean by the sea.

Any visit to the island would not be complete without checking out the labyrinths and compass rose, as well as the old harbour and shingle fields. The beautiful view from the tower is also highly recommended. The alder belt in the inner parts of Storviken is a veritable challenge for anyone keen on a bit of physical exertion and who wishes to experience a jungle-like environment up close.

Your must take your own drinking water with you. 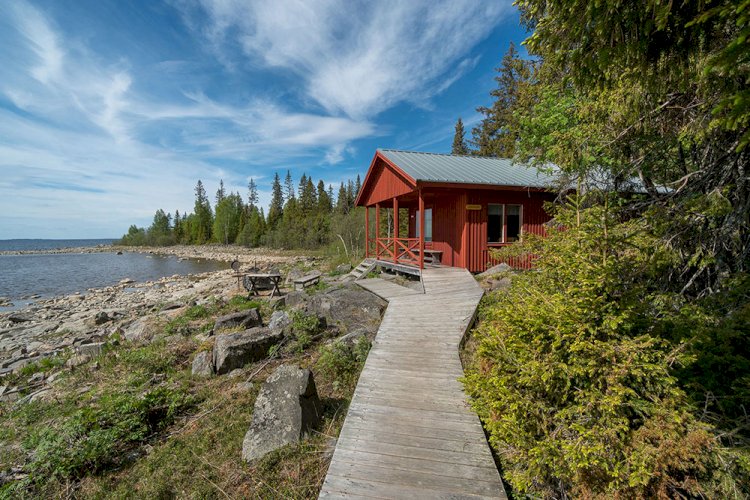 In addition to the cabins there are two saunas, one in Storviken and one in Kråkskärsviken.

During the summer there is an emergency radio-telephone in the cabin hosts’ cabin.

Almost in central Piteå, in Inrefjärden (the inner bay), you will find Fingermanholmen...

Sail to the islands of Swedish Lapland

Starting from the southern Baltic Sea (Bornholm), there are two alternatives one...