There are two harbours in use on Rödkallen. The old pilot harbour “Kasunen” is located on the southernmost part of the island. The cabin owners have dredged a channel in to the inner harbour by the fishing village. Visiting boats are advised to put to at Kasunen. The outermost of the two pilot harbours is no longer in use. 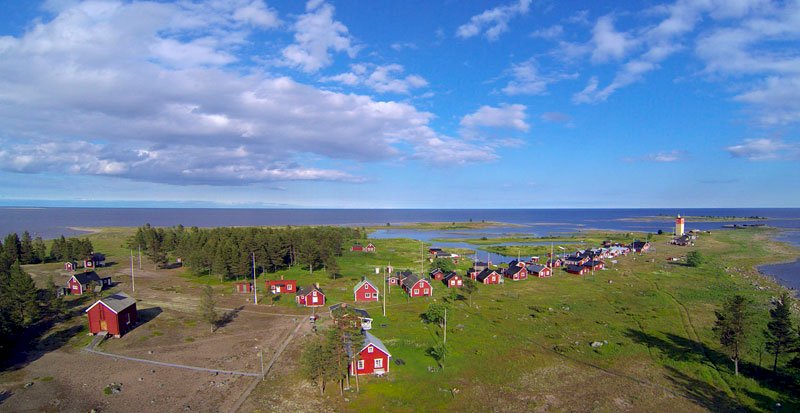 NOTE! The harbour is currently in poor condition.

You should make your approach from the west. There are leading lines to lead you into the harbour. Look out for fish traps that may have been set out to the east and west as you get nearer to the island. It is very important that you keep to the leading line, indicated by leading line lights on poles with white triangular markers in line at 080o, because the waterway is lined with breakers. As you get nearer to land there is a further leading line, red triangles at 030o. The leading line markers are lit up during the dark period of the year. Steer into the harbour basin when the toilet and the shed are in line with the harbour entrance. Don’t go too far before you make your turn, because there is a shallow just north of the leading line, roughly level with the end of the pier. Put to in “Kasunen”, the old pilot harbour, but give some consideration to the tour boat’s berth. There are 10 guest berths (night harbour). Mooring: jetty. Harbour depth: 3 m.
There is no charge for using the harbour, which is well sheltered from all winds. Here you have access to a guest toilet which is open to use by all boaters as well as other guests, and there are also barbeque areas. Drinking water is available in wells that have been dug by the local association. Contact one of the cabin owners if you need help with fresh water. Make sure you visit the chapel and the Heidenstam lighthouse while you’re here, and the labyrinth is also well worth a look.

Fishing village among the islands of Luleå
Rödkallen is one of the outermost of the islands of Luleå and is an outpost towards Finland. It is about 34 hectares in size and is home to 30 or so buildings that are mostly used as holiday cottages. Just to the northeast of the present day fishing village you will find remnants from an older fishing village. The Swedish word "kall" appears in the names of a number of places along the coast of the Bay of Bothnia. The word describes how things looked in the old days during the winter. A "landkall" was a place where the ice piled up – or broke up.

As early as the Middle Ages, Rödkallen was visited by fishermen from Karlö in Finland. Above all else they were attracted by the abundant supply of herring. As time passed, the citizens of Luleå also found out how good the fishing was on the island. During the end of the 17th century and the early 18th century, the amount of shipping in the region increased significantly. Since the approach to Luleå was feared by seafarers, pilots were installed on Rödkallen in 1814. They were appointed from among the fishing population and were called "brave men". 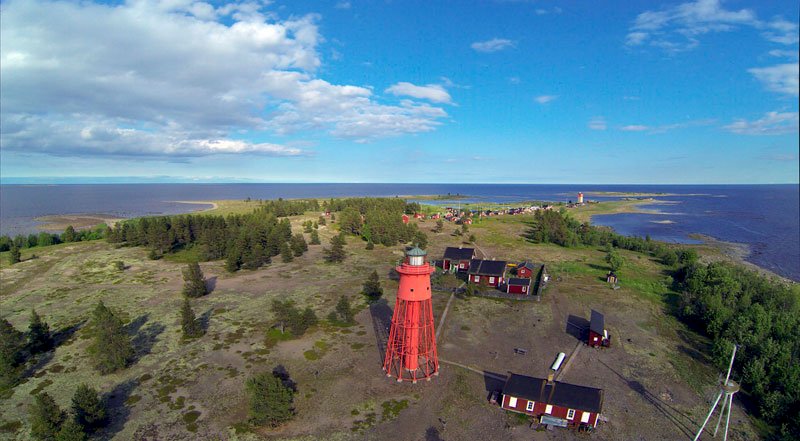 In 1872 a lighthouse, designed by Gustav von Heidenstam, was built on Rödkallen. The lighthouse was built using a modern steel construction whereby the various parts of the lighthouse were manufactured on the mainland and then transported to the site of the lighthouse where they were assembled together. The lighthouse is 21.4 metres high and was in use for 100 years. To get to the very top of the lighthouse you need to ascend 112 steps. From 1993 – 1994 the lighthouse tower was renovated by the Swedish National Heritage Board and Norrbotten’s museum. These days the lighthouse stands as a listed cultural monument and is used as a hotel offering comfortable accommodation and a beautiful view.

The chapel as a place of worship and a storehouse 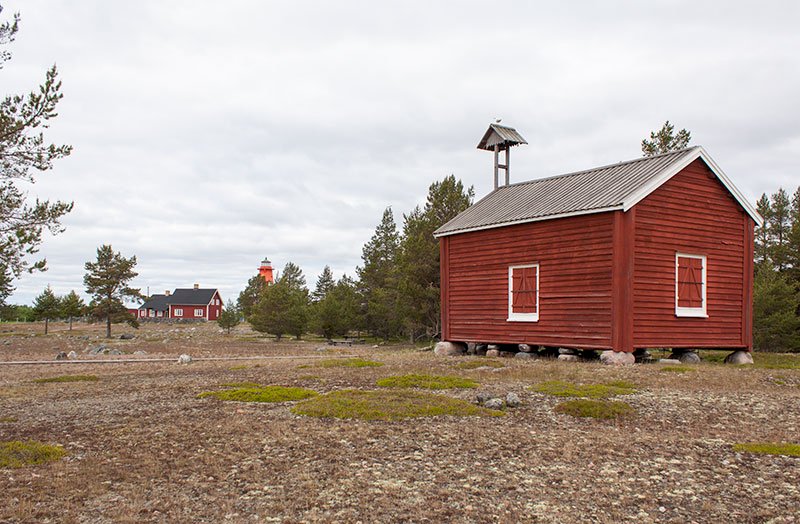 During the 18th century, a priest was needed to hold the church service out at the fishing village, and the location of the village was so remote that it wasn’t possible to travel there and back on the same day. For this reason a chapel was built sometime around 1800 by Swedish and Finnish fishermen. Rödkallen’s chapel is located on a little hill and is placed significantly higher than most other island chapels. As was the case with most island chapels, the building was also used as a storehouse for fishing equipment during the winter, as well as serving as a navigational mark for seafarers. At the side of the chapel there was also a belfry. The altarpiece is older and is marked with the year 1681. An oil painting that was painted by Petter Bergström from Luleå in 1837 hangs on the chapel’s southern wall.
The chapel performs three functions, partly as a chapel, partly as a navigational mark for seafarers, and also as a storage place for large fish traps and other types of fishing equipment. The pilot outlook of the time was located on the roof of the chapel. Furthermore there is also a belfry. The bell dates from 1801.

Rödkallen is part of the "Rödkallen-Sörespen" nature reserve, which has national conservation status. The island’s moorland landscape is barren, and the low-lying part of the island is largely covered by washed moraine and sand. Here and there you will see small groves of alder and pine. Large amounts of the local endemic variety of wormwood (Artemisia campestris ssp. bottnica) grow on Rödkallen. The island’s birdlife is rich and includes, among others, geese, the Arctic skua, the ruddy turnstone and nesting black guillemots.

There are a number of peculiar stone labyrinths on the island. It is not certain why they were built; it could be that people walked the labyrinth in the hope of improving their fortune when fishing, or to calm the strong winds. The history behind the labyrinths continues to perplex us to this day. One possible explanation as to why there is so little information about them could be that people thought that the “magic” of the labyrinths would be lost if they spoke about it. There are a number of labyrinths on Rödkallen, the largest of which is located directly adjacent to the lighthouse.

Skötgrönnan is a distinctive island located just over 2 km from the coast at Skallön...

Rönnskär Island in the northernmost part of the municipality of Skellefteå you will...